Testing these camping hacks was fun! Some of the ideas were more helpful than others, though. Read on to find out which were which.

Yes, you can roast Starburst - but I wouldn’t bother. It gets warm and gooey and tastes like warm gooey Starburst - but then it loses that nice creamy texture which I think is the best thing about Starburst. I won’t do this again.

Forgo pasta for a quick-cooking alternative like polenta, quinoa, or couscous.

Pasta is a camping standby, but it is possible to eat too much pasta! 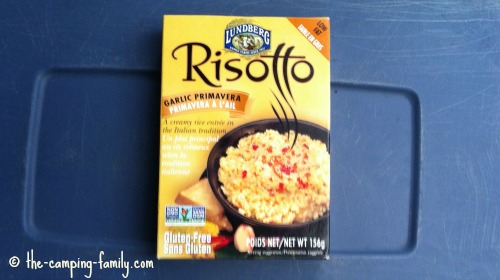 Prepackaged mixes are convenient and tasty.  I even found gluten-free couscous!

If you have the time and the inclination, you can can be more economical and package your own.

The verdict: Convenient and tasty.

Cook cinnabuns (the canned kind) in a hollowed-out orange over a campfire.

I tried cooking brownies in an orange shell this summer. 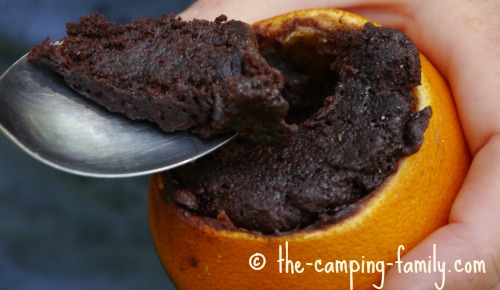 If that had been a roaring success, I would have tried the cinnabuns - but it wasn’t, so I didn’t.

Scooping out the orange was more work than we’d expected, and the finished product was edible but not delicious.

If you’re searching for a fun project, go ahead and try this - but if you’re just looking for tasty brownies or cinnamon buns, stop at the bakery on your way to the campground!

If you’re going to be hiking, use biodegradable trail-marking tape.

I don’t use trail-marking tape when I hike - and I don’t know anyone who does - but I guess this is a good idea for those of you who do. Regular plastic marking tape stays put for a long, long time, and doesn't look very nice in a forest. 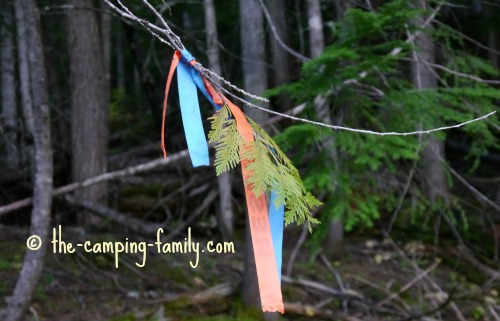 Now that I think more about it, if you are using the tape to help you find your way out of the bush, why not just remove it from the trees on your way past?

Verdict: A good idea if you would otherwise be leaving plastic tape in the trees.

Keep the kids busy with a scavenger hunt.

I love scavenger hunts! When my kids were smaller, we did tons of scavenger hunts. I wish I'd thought of writing the names of the items on the collecting bag! That's a good idea. 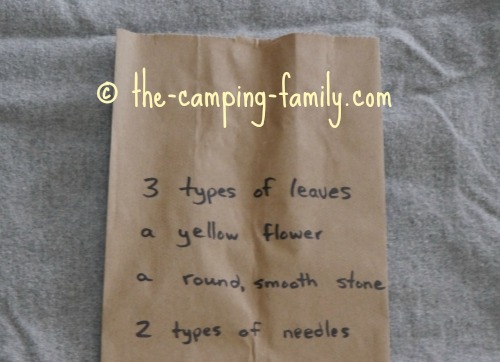 If you're not feeling ambitious enough to organize a scavenger hunt, have a look at this product.

. All the work is done for you!

The verdict: Scavenger hunts are fun!

Would you like to read the entire series? Here's where it starts.

The Camping Family's home page is a great place to begin when you are planning a camping trip.