I will be the first to admit that I don't know much about what makes a good camping knife - so I have asked my son to write this page for me! He has quite a collection of knives, and he uses all of them. 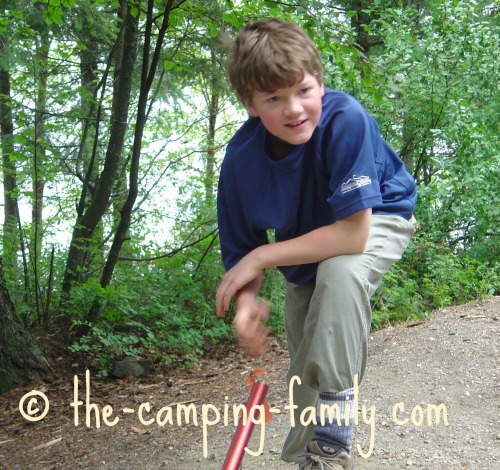 Here is what he has to say about one of the knives that he uses for camping.

This is a Mora brand sheath knife.

It's a good camping knife. 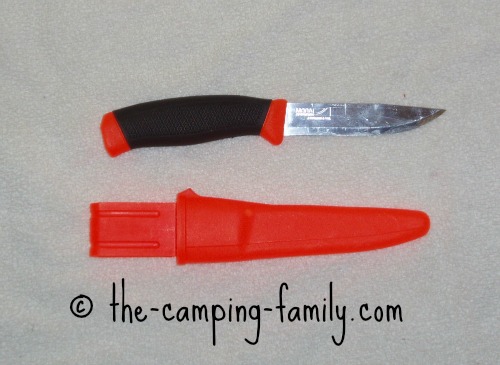 It's made by a Swedish company. In Sweden, these are super cheap.

In North America, they are not as cheap, but they are still the cheapest good quality sheath knives that I know.

What I use it for

In an emergency, you could use it to split wood and the blade wouldn't break. I started to do this once, and the knife didn't break, but I got bored with it so I stopped.

If you bought a cheap sheath knife, you would probably break the blade if you tried to do that.

It has a good blade

The blade on my Mora knife is made of stainless steel. The blade is strong and won't rust.

A cheap knife won't use as good quality metal. It won't stay sharp as long.

Some knife blades are made of carbon steel, which stays sharp longer but rusts if you get it wet and don't dry it after you use it.

It has a rubber handle

The rubber handle gives it a nice grip. 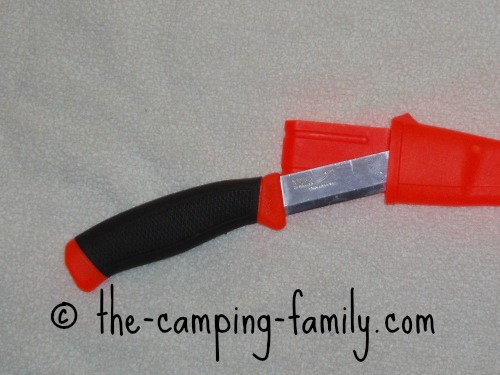 It's more comfortable than holding plastic.

My knife and its sheath are bright orange.

If you drop them, they are easier to find.

I once dropped my knife in the woods, and someone in our group saw the bright orange and returned it to me even before I knew I had lost it.

You pay more for the bright orange color and for the rubber handle but I definitely think it's worth it.

The only thing I don't like about this knife is that it doesn't stay in the sheath. It's supposed to click in but it doesn't.

I don't know whether it's a design flaw, or whether this particular sheath is defective.

My brother has a knife that is exactly the same, but the sheath is different. 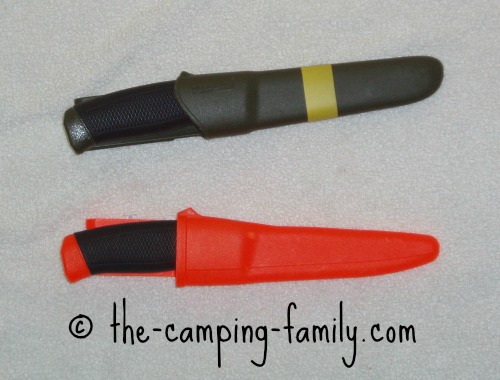 His knife stays in its sheath.

His knife is newer. I guess they have changed the design of the sheath.

If you are shopping for a sheath knife, ask to hold it.

Test it to see if it falls out of the sheath.

It shouldn't - but mine does.

A story about my dad's Mora knife

Once we were staying at a cabin where the elbow connecting the chimney to the wood stove was all rusted out.

My dad used his Mora sheath knife to cut some chimney pipe to make a new elbow. 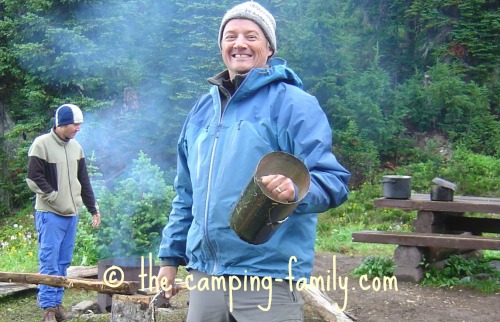 That's really bad for your knife! He snapped the blade of his knife. He fixed the chimney... 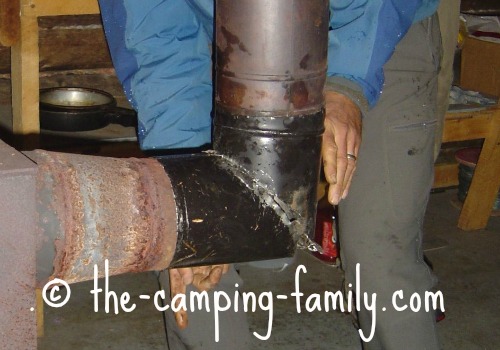 If you are looking for a multi-purpose camping knife with a sheath at a reasonable price, a Mora knife like mine is a good choice.

Are you planning a family camping trip? There is a lot to think about! Visit The Camping Family home page for help with every part of your trip.