Have you heard of camping hacks? 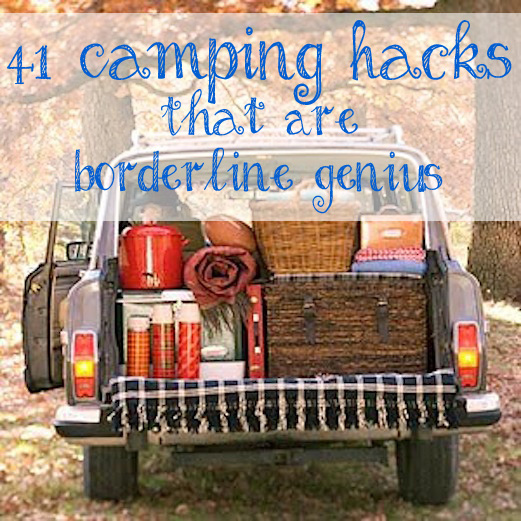 I'm always looking for new ideas for camping, so I decided to try them out.

We were about to head out on a nine week cross-country tenting road trip. It was the perfect opportunity for testing new tricks.

So, how did these camping hacks work?

Well, one was a complete hoax.

Quite a few were more trouble than they were worth.

Many of them were great ideas that we'll use again.

At least one was, indeed, "borderline genius".

Read on to see which were which!

Have you seen those interlocking foam tiles? They are sold in hardware stores and toy stores. I think they are designed to be used in playrooms.

Not sure what I'm talking about? You can see them here.

I have sat on these tiles, and they are certainly much softer than bare ground. There's no question that they would make the floor of a tent more comfortable.

But have you ever smelled them - especially brand new ones fresh out of the plastic wrapper? They have a strong, nasty odor that gives me a headache. Can that really be good?

We sleep right on the floor of our tent on Thermarests.

I don't want my family breathing in potentially toxic stuff - all night long!

Foam tiles might be appropriate in a tent where you hang out only during the day - or for a sleeping tent if you sleep on cots high off the floor - but I don't think it's a good idea to have them right under your sleeping surface.

The verdict: I chose not to try this.

Point a head lamp into a jug of water for an instant lantern.

Unlike some of the the other lighting ideas on the list, this one really works - as long as you use an opaque plastic bottle, like a milk jug, rather than clear plastic. 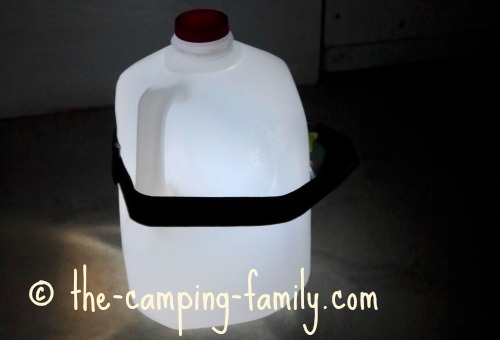 With this set-up, two or more people can read from the light of just one headlamp.

I tried this with an empty jug and then with one full of water, and I recommend using a full one. The light seems a bit stronger - and the jug doesn't tip over. Just be sure to fasten the lid tightly.

The verdict: An excellent idea!

This is a hoax! It doesn't work! It can't possibly work! These ingredients do not produce a chemical reaction that creates light.

Check out the hoax-busting site Snopes.com if you don't believe me.

In the interests of science, though, I tried it anyway. :) 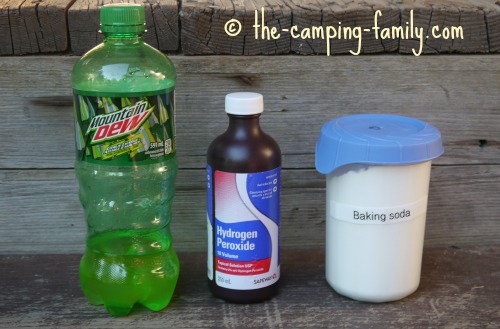 I poured out most of the Mountain Dew and added a teaspoon of baking soda and a couple of teaspoons of hydrogen peroxide to the bottle. You won't be surprised when I tell you that I ended up with a cloudy liquid that does absolutely nothing.

My kids enjoyed drinking the extra Mountain Dew, though!

I can't stop wondering: who posted this in the first place? And why? Is that person sitting somewhere right now, chuckling diabolically at the thought of all the disappointed children out there futilely shaking pop bottles?

And how did they get the photo that was posted in the original hack? Perhaps they cut up a glow stick and added the glowing goo to the solution in the bottle.

Don't waste your time with this one.

The verdict: Nothing but a hoax!

This hack called for a bread machine. I don't have a bread machine - and I certainly don't know how to mix bread dough without one! - so I was stymied before I'd even started.

Fortunately the hack includes a recipe for tin can banana bread too. I decided to give it a try.

It took some time to find the right sized cans, use up their contents, discard the lids, remove the labels and wash the cans (being careful not to cut myself on the sharp edges).

Mixing up the dough was easy, though.

I should have realized that the dough would expand as it baked - but I didn't, so I filled the cans full to the brim. 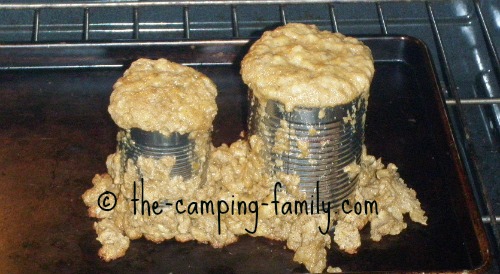 According to the recipe, the banana bread will be done after about half an hour.

After 30 minutes, mine was still completely uncooked.

I baked it for another 10 minutes and then tested it. (A toothpick isn't long enough, so I used a skewer.)

It was still wet in the middle.

Finally, after yet another 20 minutes, it was more or less done.

I was pleasantly surprised at how easy it was to get the bread out of the can - once I had cut away the stuff that had oozed over the top. 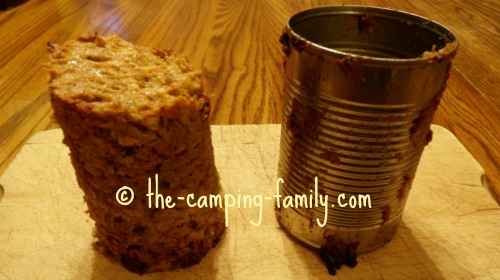 It cut easily, wasn't too crumbly and was quite delicious. 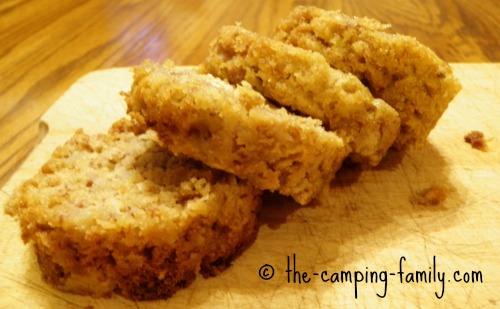 But was it worth the fuss and the time?

I don't think so!

When you are preparing for a camping trip, you want things to be easy.

Here's a recipe for banana muffins that are much easier to make - and just as tasty. They bake in just 20 minutes.

If you really love the tin can idea, you could always carry your muffins in a tin can!

If you insist on trying tin can banana bread, here are some tips:

By  the way, if you try the sandwich bread, I'd love to hear how it turns out!

The verdict: Tasty and ingenious, but not worth the trouble.

Familiarize yourself with what the poisonous plants look like.

Of course, this is an excellent idea! Here's a photo of poison ivy taken on our summer camping adventure. 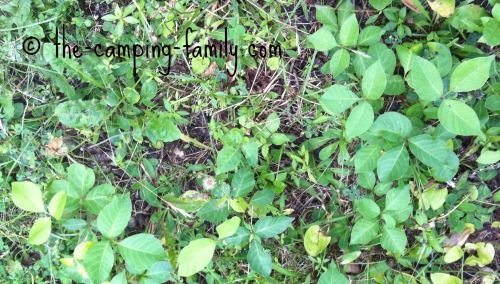 Memorizing that photo isn't really going to help much, though - because there are many more varieties of poison ivy!

The leaves can be green or red, shiny or dull, smooth-edged or jagged. The plants might look like bushes, or vines, or shrubs.

For more information about recognizing and avoiding poison ivy, visit this page.

The only certainty is that the leaves are in groups of three - but so are the leaves of many other plants!

I've never had a poison ivy rash, and I want to keep it that way - so I always err on the side of caution. I stay away from any unfamiliar plant with leaflets in groups of three.

Teach this rhyme to your children to help them remember:

If worse comes to worst and you do develop a poison ivy rash, here's what you need to know.

The verdict: Learning to identify poison ivy is a commonsense precaution that all campers should take.

Are you as intrigued by these camping hacks as I was? Click here to go to Part 2.

If you are a fan of camping hacks, you'll want to check out these cool camping gadgets. You'll find everything from a solar charger for your cell phone to a pocket chainsaw!

Here's the link for the original list of "41 Camping Hacks That Are Borderline Genius".

For everything you need to know about planning a family camping trip, visit The Camping Family's home page.