The Kookaburra Song is an easy-to-learn round that the whole family will enjoy. It's a great song for singing around the campfire.

Beware, though - the tune will probably stick in your head and stay there! 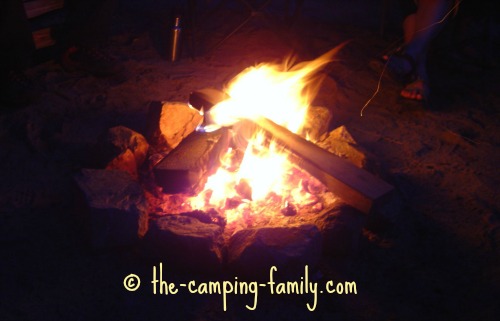 After you enjoy singing it, you can entertain the group by telling them about the "Men at Work" lawsuit involving this song!

Kookaburra sits in the old gum tree
Eating all the gumdrops he can see
Stop, kookaburra, stop, kookaburra
Leave some there for me

Kookaburra sits in the old gum tree
Counting all the monkeys he can see
Stop, kookaburra, stop, kookaburra
That's not a monkey, that's me!

Singing as a round

The Kookaburra Song was written in 1932 by an Australian music teacher, Marion Sinclair. In 1934 she entered the song in a Girl Guide song competition. It won, and has been a popular Girl Guide song ever since.

If you're not from Australia, some of the words might be unfamiliar to you.

The Kookaburra song was recently the subject of an interesting copyright lawsuit.

In the 1930s, the rights to the song were sold, as a fundraiser for the Girl Guides. The rights were resold over the years and became the property of Larrikin music.

In 1981 the Australian group "Men at Work" used two bars of the tune (the "merry merry king of the bush is he" part) as a riff in their popular song "Down Under". It's on their album "Business As Usual".

No one appeared to notice or care until 2007, when the Australian quiz show "Spicks and Specks" asked the question "What children's song is contained in the song Down Under?"

The answer, of course, was "Kookaburra".

Larrikin Music immediately sat up, took notice and launched a lawsuit against Men At Work.

Larrikin won, to the outrage of many Australians who had assumed that the song was in the public domain.

Men At Work had to pay 5 per cent of future profits from the song, as well as royalties dating back to 2002.

I like knowing random pieces of information like that! If you do, too, you might want to know what Cat Stevens meant by a "Moonshadow", or why someone's in the kitchen with Dinah.

There have been many more verses written over the years. Here is one of them:

You and your family might have fun writing your own verses!

Now that you know the words to the Kookaburra Song, click here for more campfire songs.

Please visit The Camping Family home page. I have lots of ideas to help you with your next camping trip.