Let It Be Lyrics

Here are the Let It Be lyrics so that you can sing this mellow classic Beatles song around your next campfire. 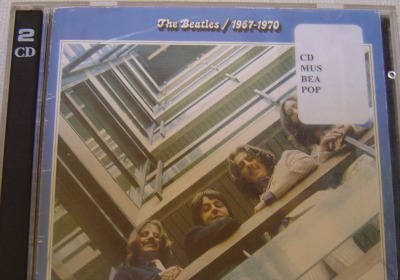 Let It Be was written by Paul McCartney - although both McCartney and John Lennon are credited with the song.

The Let It Be lyrics

When I find myself in times of trouble
Mother Mary comes to me
Speaking words of wisdom, let it be

And in my hour of darkness, she is standing right in front of me
Speaking words of wisdom, let it be

And when the broken hearted people living in the world agree
There will be an answer, let it be

For though they may be parted, there is still a chance that they will see
There will be an answer, let it be

And when the night is cloudy there is still a light that shines on me
Shines until tomorrow, let it be

I wake up to the sound of music, Mother Mary comes to me
Speaking words of wisdom, let it be

Who is "Mother Mary", anyway?

I always assumed that "Mother Mary" was a religious reference. I was wrong!

Paul McCartney says that "Mary" is his mother, Mary McCartney, who died when he was a teenager.

During a difficult period in his life, McCartney had a dream about his mom. She visited with him and told him, "It will be all right, just let it be" (or words to that effect).

"It was such a sweet dream," says McCartney. "I woke up thinking, 'Oh, it was really great to visit with her again.' I felt very blessed to have that dream." Inspired, he sat down and wrote the song.

Sesame Street recorded a music video of "The Beetles" singing "Letter B". (Get it? "Letter B" instead of "Let It Be"?)

Although Paul McCartney loved the video, Sesame Street was sued by the company that owned the rights to "Let It Be" at the time.

The lawsuit was later dropped after the rights were sold - to Michael Jackson!

Now that you have the Let It Be lyrics, visit this page for more words to songs to sing around the campfire.

Are you planning a camping trip? I have lots of tips and information. Visit the Complete Family Camping Guide home page.