Blowin In The Wind lyrics

Here are the Blowin in the Wind lyrics! This classic song will inspire some meaty campfire discussions! 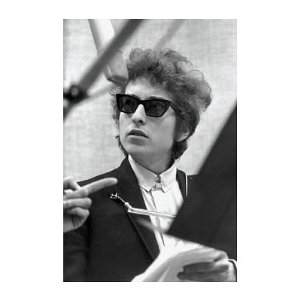 Blowin' in the Wind - considered by many to be one of the greatest songs of all time - was written by Bob Dylan when he was just 21 years old.

According to Dylan, he jotted down the lyrics in just 10 minutes!

He wrote just the first and third verses, though. The middle verse was added later.

The song was released in 1963 on Dylan's album "The Freewheelin' Bob Dylan".

"The answer is blowin' in the wind"

What exactly does that mean, anyway?

Did Dylan mean that the answers to his rhetorical questions are as obvious as a gale in your face?

Did he mean that the answers are as hard to grasp as an elusive breeze?

Or did he mean something else all together?

As far as I know, he has never said.

That's a subject for a deep around-the-campfire discussion.

By the way, if you're the type of person who wonders about such things...

... you're probably wondering what Cat Stevens meant by "I'm being followed by a moonshadow."

I'm happy to say that I can answer that question!

More about the song

It's been translated into languages including German, Italian, Swedish, French, Portuguese, Romanian, Catalan and Bengali!

The tune is memorable and haunting. Once you memorize the Blowin in the Wind lyrics, you'll probably find yourself singing the song to yourself all the time.

The song is as relevant today as it was in 1962 when it was written.

It can be the catalyst for some deep discussions with your kids - about freedom, responsibility, compassion, war and peace.

Now that you have the Blowin In The Wind lyrics, you can find lots more words to songs to sing around the campfire here.

Are you planning a camping trip? Visit The Camping Family home page for oodles of helpful advice.