It's a good idea to carry bear repellent spray when you camp or hike in bear country. 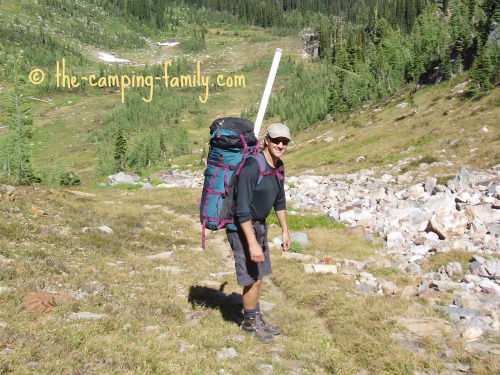 Carrying bear spray doesn't replace the need for using common sense and making good decisions, but it can give you peace of mind. In the very unlikely chance that you are threatened by a bear, having bear spray with you - and knowing how to use it - could save your life.

What is bear repellent spray? 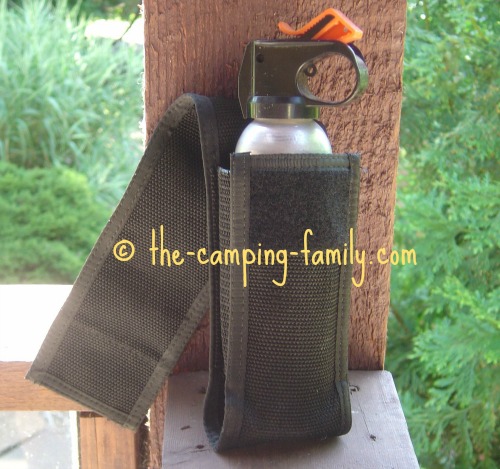 The canister contains a pressurized chemical that is designed to slow or stop a bear or other animal that is threatening you.

It is intended to be sprayed at fairly close range.

The active ingredient in bear spray is capsaicin oil, which comes from hot peppers.

If you've ever rubbed your eyes after cutting hot chili peppers, you have some idea of what bear repellent spray can do.

A tiny bit of spray will produce these symptoms:

A full blast will cause these effects:

Symptoms can last for half an hour or more.

Bear spray is not something to use lightly! 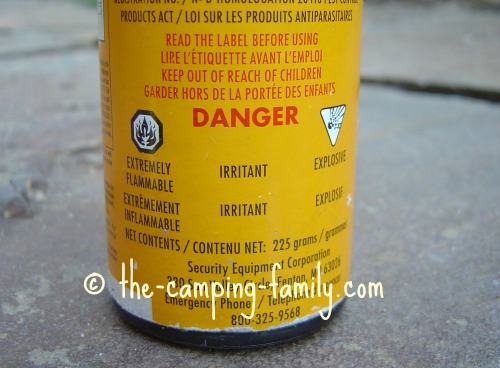 Here's what they don't mention in the bear spray ads:

It's not just the bear who will be affected!

If you use bear spray, chances are that you, too, will experience these symptoms!

My husband decided to practice firing some bear spray.

He took appropriate safety precautions, waited for a calm day with no wind, went to an open area, and fired carefully.

A tiny puff of wind appeared - just enough to waft a miniscule bit of spray into his face.

It really hurt!!! His eyes watered and burned. And that was in a controlled situation!

In the heat of the moment when faced with a charging bear, you would be even more likely to be affected.

That's one reason why it's so important to learn bear safety tips so that you can avoid bear encounters.

You really don't ever want to use your bear spray!

Make sure you understand the directions thoroughly.

Use the safety clip

A pepper spray dispenser comes with a safety clip that prevents it from being set off accidentally. 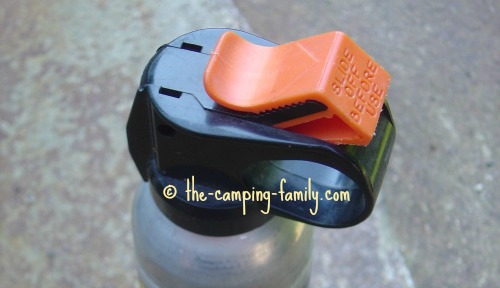 Practise sliding the clip off a few times so that you could do so quickly if necessary.

Then put the clip back on and leave it on at all times.

Save expired canisters and practice firing them so that in a real situation, you'll know just what to do. 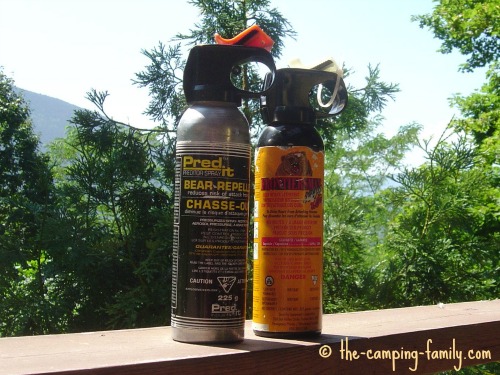 Be sure to follow the safety precautions. Don't do your practising on a windy day!

How to use bear spray

It won't do you much good if it's packed away in your pack!

Use a holster and keep the spray on your belt - or put it in an outside pocket of your pack.

is similar to the one I use. It comes with a holster, and gets good reviews on Amazon.com. 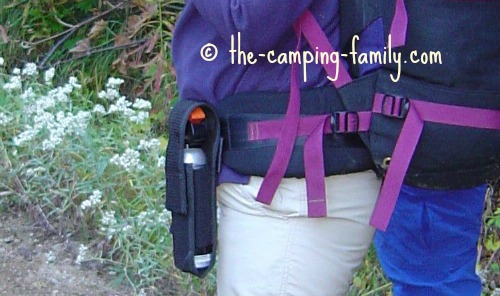 Using bear spray should not be your first response when you see a bear. See this page to learn what to do if you encounter a bear.

Bear spray is only effective at short distances. You never want a bear to get that close! 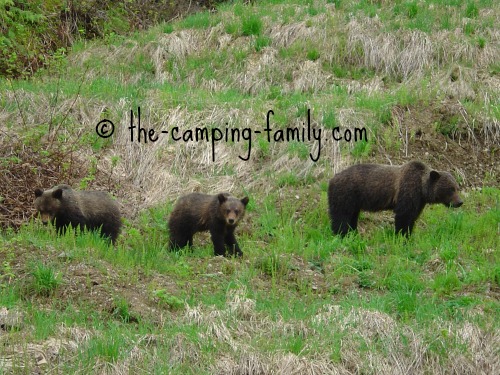 In the unlikely event that a bear does threaten you directly, here's what to do.

Take off the clip.

You've practised this, right? Slide the clip off quickly and drop it.

Spray a short blast on the ground in front of the bear.

There's not a lot in a canister - just enough for about 30 seconds of spray - so don't waste it.

Let's hope that the short blast is enough to stop the bear. If not...

Spray directly into the bear's eyes - shielding your own eyes as you do so!

Don't wait around. The bear won't be incapacitated - just temporarily slowed (we hope). Get out of there!

If you get bear spray in your eyes

It will hurt! Your eyes will water profusely. Here's what to do:

If you get bear spray on your skin

It will burn! Try this:

I found these wipes

on Amazon. I haven't tried them, but they sound like a great idea!


Where to buy pepper spray

Regulations about bear spray vary from place to place.

Check the regulations for your area.

Although bear spray is sometimes called bear repellent, it is not like insect repellent! I've heard stories of people spraying it on themselves to keep the bears away! Ouch! I hope those stories are not true!

Don't take silly chances just because you have bear repellent spray with you! Use common sense and take precautions to avoid bears.

I have owned and carried bear spray for many years, and never once have I needed to use it.

I have friends who work outdoors and who have spent hundreds of days in the bush. Although they carry bear spray at all times, none of them has ever had to use it either. 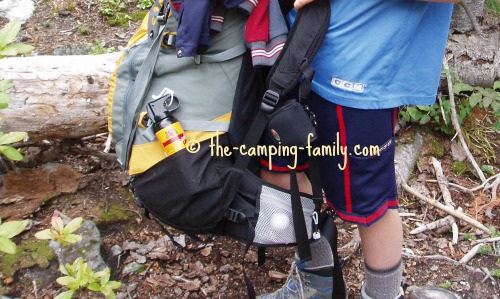 Remember: using bear spray should be an absolute last resort.

Know what to do in the unlikely case of a bear attack.

Carry your pepper spray dispenser with you for extra peace of mind.

Visit The Camping Family home page to learn about about every aspect of planning a camping trip.